Justline Chan Ngar Kiu (Contemporary English Studies, Year 3) and Anson Yu On Sang (Translation, Year 3) have been awarded in the “Outstanding Tertiary Students Selection 2021” (傑出大專生選舉2021) and being one of the ten awardees of this territory-wide competition. Organized by the Junior Chamber International City, Hong Kong (JCI City), this competition aims at nurturing future leaders by unleashing their potentials. The competition was kicked start in the first quarter of 2021 and has attracted applications from several hundred students from local tertiary institutions. Two Lingnan High-flyers teams, EasyJobs and iCurious have competed for the Shenzhen Guangming District Innovation and Entrepreneurship Competition. The group of EasyJobs with Lingnan High-Flyers Chan Kong Man, Eddie (studying Global Liberal Arts, Year 3) and Leung Tsz Ying (studying Global Liberal Arts, Year 2) won the third place in the competition, while iCurious was shortlisted as one of the 15 teams in the final round. Lee Wing In, Year 2 of the Higher Diploma
in Sports Coaching and Leadership

The 59th USFHK Annual Athletic Meet was held on 25 April 2021 at Joint Sports Centre. Lee Wing In (Year 2 of the Higher Diploma in Sports Coaching and Leadership), the member of Lingnan University Track and Field team, won the second runner-up in the Women's 800m with the time of 2min 28sec. Lee Wing In was satisfied with her performance in this competition. "Since the level of the USFHK competition is high, I do not have confidence to win the competition. Due to the COVID-19 outbreak, the number of my training sessions were reduced recently, and I could only practice more in the last month. So, I am happy to have achieved this result," said Lee Wing In. Moreover, she thanked Lingnan University and her coaches, Chan Ka Chun and Yuen Hon Ting, for their teaching. All six service projects were successfully concluded by 27 March 2021 and a wide range of beneficiaries have been cared for, which ranged from the elderly, teenagers, primary school children as well as the people who are in the recovery of mental illnesses. A total of 60 Lingnan volunteers had participated in these service projects and contributed their parts in caring for 100+ beneficiaries in the community. In addition to the very positive feedback received from the beneficiaries and the partnering NGOs, it is encouraging that the participating Lingnan volunteers also found the service projects very meaningful and inspiring while they were interacting with people from different walks of life. The Office of Student Affairs was happy to meet with the principals from the four schools of Caritas, including Caritas Wu Cheng-chung Secondary School, Caritas St Joseph Secondary School, Caritas Ma On Shan Secondary School, and Caritas Chan Chun Ha Field Studies Centre.  They enjoyed the visit and the meeting with students in understanding better how we had supported them in hostel education, leadership & professional training, career development, and especially the wellness & caring supports under the current challenging environment.   It was our pleasure to have their visit and the opportunity to allow our guests in experiencing the value of liberal arts education.  Moving forward, Lingnan Univerity will be a resource of student mentors in helping to empower the development of their secondary school students on various aspects, and a trusted partner in serving the community together. Despite the weak economy and the shrinking job opportunities in the local job market due to COVID-19, 85% of our 2020 graduating cohort had received job offers as reported by the recent Graduate Employment Survey 2020. The number of graduate job postings and vacancies received, however, were comparatively 20% less than the previous year. With the Support Fund for 2020 Graduates, OSA’s Lingnan University Anti-adversity Graduate Employment and Training Programme was launched immediately in May 2020 to provide career assistance to fresh graduates looking for jobs, and subsidy to employers who had employed Lingnan fresh graduates. The average monthly salary is around HK$15,000 which is similar to last year, while the job hunting period was inevitably tougher as graduates required one to two additional months than before in receiving their first full-time job offer. Around 10% of our graduates continued to further their studies and 4.4% are still seeking for full-time jobs.

LU has received a special grant of around HK$2.9 million from the University Grants Committee to increase support services for students, helping them to tackle the COVID-19 challenges facing them from psychological well-being to job seeking. Studying abroad requires courage: to leave families and friends for an unknown place is one thing, and to adopt a new way of life, to make new friends, and to take care of oneself while studying is even more difficult.

The Lingnan Host Family Scheme, launched in 2008 and operated by the Office of Student Affairs. (Read More)

Five projects created by nine Lingnan University (LU) students have been selected for the Clinton Global Initiative University (CGI U) this year, largest in number among other local universities. The projects were related to Peace and Human Rights, and Public Health.
Among them, Karie Chan Ching-yi was being featured in a question-and-answer session and had a conversation with former US President Bill Clinton and his daughter Chelsea Clinton. (Read More) The Lingnan University Chinese Debate Team was bestowed the third runner-up in the 21st Basic Law Debate Competition for Tertiary Students in Hong Kong organised by the Joint Committee for the Promotion of The Basic Law of Hong Kong, among the top four of the 16 participating teams from local tertiary institutions and universities. (Read More) The Men’s Basketball Team of Lingnan gave an outstanding performance in the Jordan Brand Invitational 2019. The team won all eight matches in the preliminary round, and then defeated The Chinese University of Hong Kong to enter the quarter-finals. They had to fight for the 2nd runner-up after losing to the Vocational Training Council. In the play-off for the third place, Lingnan athletes’ spirit of perseverance defeated The Hong Kong Polytechnic University. (Read More)

Lingnan University Chinese Debate Team won the championship in the final match of the Inter-Collegiate Debate Competition 2019 on 27 April 2019, which is co-organized by the Radio & Television Hong Kong (RTHK) and The Hong Kong Federation of Students (HKFS).  The debate motion is “The advantages outweigh the disadvantages in the MeToo movement in promoting social justice”.  Ms Anna Mak was also awarded the ‘Best Debater”. (Read More) Lingnan University has presented 374 outstanding students with a total of 546 awards and scholarships totalling more than HK$13.5 million during the 2018/19 academic year. The  Awards Presentation and Reception 2019 was held today (8 April 2019), in recognition of their outstanding academic and personal achievements during the 2018/19 academic year. (Read More) 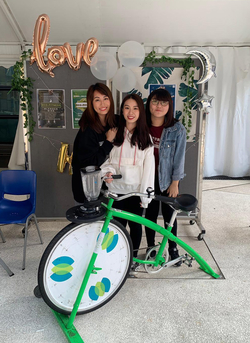 Lingnan High-Flyers to make changes for the needy

In an effort to cultivate outstanding Lingnan students with entrepreneurial mindset and leadership skills, and for young people to rise to the challenge and make a positive impact on the society at large, the Lingnan High-Flyers programme was launched in 2018, funded by the generous donation of HK$600,000 from Tin Ka Ping Foundation. (Read more) 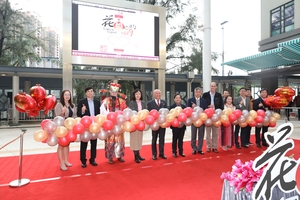 To celebrate the Year of the Pig, the Student Services Centre and the Office of Global Education co-organised the Lantern Legend 2019 on 18 February, an annual carnival that fills the campus with festive Lunar New Year atmosphere. The celebratory occasion also serves as a platform for non-local staff and students to experience the Chinese traditional culture on Lingnan’s multicultural campus. (Read more) Lingnan University and The Hong Kong Sports Institute (HKSI) signed a Memorandum of Understanding (MOU) to further boost the substantial support to full-time elite athletes in facilitating their planning on dual career development both in sports and in academics. (Read more)